Many major businesses, such as Pepsi Bottling and Coca-Cola, are having a hard time finding water to run their businesses. Thus, they have learned to operate more with less. The scarcity is raising water prices, government regulations, and competition for water access.

By 2030, water supplies will meet only 60% of demand.
Less than 50% of demand will be met in developing countries such as China and India where water supply is already scarce.
Government regulations will likely increase in the near future. They will either raise the price of water or cap the amount that companies can use, similar to carbon capping.
Cost projections vs. Funding from Current Investments:

According to various sources, closing the supply gap could cost between $50 billion to $1 trillion yearly for the next two decades. That adds to about $22 billion total.
Reuters magazine states that total invested assets focused solely on water is less than $10 billion.
At Three Corners Capital, we see water as a problem that needs resolution, but also believe there is a financial opportunity for those who invest ahead of decreasing water supplies. We stress proactivity opposed to reactivity, as companies who react later will not fare as well. 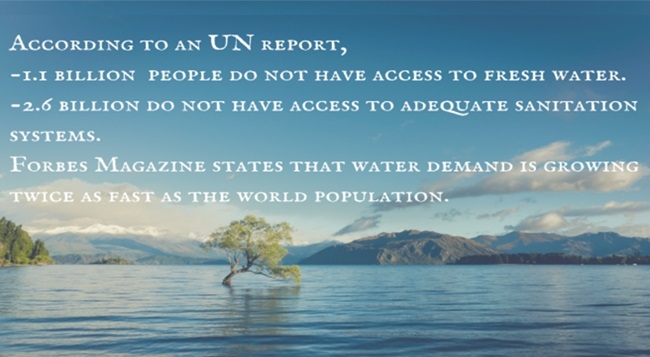 We believe in supporting businesses that develop water technologies and support water infrastructure improvements. To read more about investing in water infrastructure, check out this article here.
To discuss water-related investment opportunities, please feel free to reach out and connect with us at Three Corners Capital.

This information should not be considered a solicitation nor should any action be based solely on the information. Statements regarding future prospects may not be realized and may differ materially from actual events or results. Past performance is not indicative of future performance. 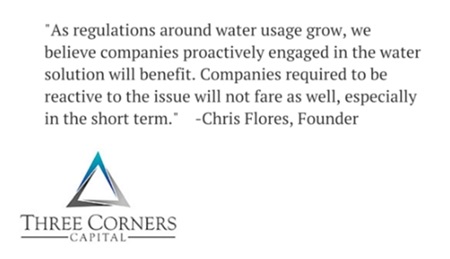