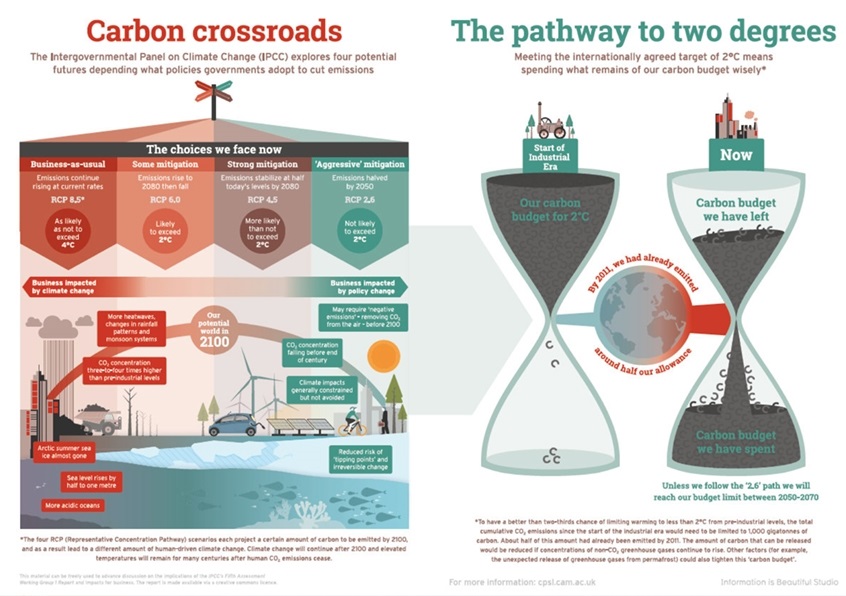 The Climate Change Problem
According to Calvert, climate scientists believe that in order to have a better than 50% chance of avoiding the worst effects of climate change, greenhouse emissions should be capped. This cap would limit global temperature increases to 2 degrees Celsius.

Joseph F. Keefe, President and CEO of Pax World Management, disagrees. He states, “There is an urgent need to put a price on carbon so that markets and businesses can not only plan for, but profit from, the transition from an industrial age economy powered by coal and oil to a sustainable economy powered by clean energy and energy efficiency.”

He is in good company. At the United Nations Climate Leadership Summit in September 2014, 1,000 investors and businesses joined 74 countries and 22 states/provinces to ask for a price on carbon emissions. These businesses, which include Calvert and Pax World, account for 52% of global GDP and 54% of global greenhouse gas emissions.

Businesses that call for clean energy renewable portfolio standards. These standards require that a certain percentage of electricity generated or purchased by utilities comes from wind, solar, or other clean energy sources.
Tax credits for businesses incorporating clean energy initiatives.
Businesses that invest in clean energy industries, creating thousands of jobs in the process.
To learn more about the cap and trade program, watch the following video.

Thus, we recommend that investments be made ahead of governmental regulation, which can reduce profit and impact stock prices. We also advise that investors support businesses in efforts preventing climate and environmental disasters since all stakeholders have an impact in the economic and environmental effects of climate change.